Money Moves the World: The State of Political Reform in the Philippines

If you find yourself suddenly seeing so much about Philippine Politics on your sphere, that is no mistake. You are presently seeing the calculated and well-funded attempt to oust the current President: Rodrigo Duterte.

Who is Rodrigo Duterte? 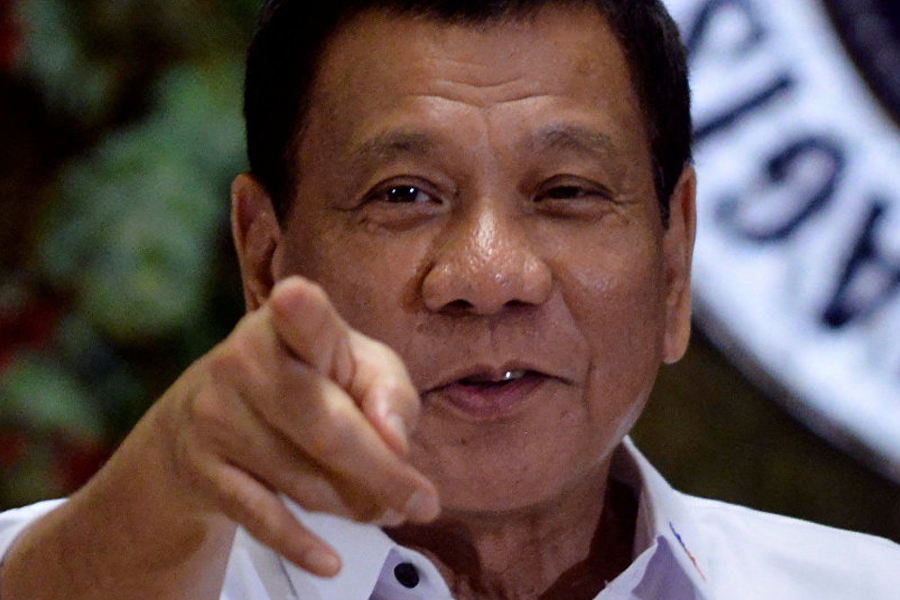 A long-time mayor of the city of Davao found in the Southern archipelago of the Philippines. He has long been famous for his tough as nails approach to crime (with a vocabulary to match). He is well loved by the people of his city. Duterte has never wanted to run for higher office. He has been content with his successes in reforming one of the more dangerous Philippine cities.

Davao is near the southern end of the Philippines. Davao is also near where a majority of the Muslim rebel groups have enjoyed consistent stranglehold that part of the country. Davao was once known for the spate of killings and bombs going off.

When Duterte came into office, things drastically changed. His governance and strict rules effectively rehabilitated Davao into one of the fastest economically growing city in the Philippines. Duterte was so effective that Davao City was declared to be one of the safest countries in the world.

When he ran for the office of President in the 2016 election, the nation was divided. The strongman from Davao had a massive following from the middle and lower income members of society which vastly outnumbered those in the upper echelons of Philippine society. Social media became a battlefield between the faction of Duterte supporters and those that supported the former President’s chosen successor: Mar Roxas.

It was a truly vitriolic time to be part of the Philippine social media scene. It was been reported that no other election season has seen such attention or activity from ordinary citizens. It seems that the middle and lower income brackets have finally tired of the Oligarchs that have long monopolized the political sphere of Philippine politics.

A common tactic by the Oligarchs was to appeal to the Filipino’s sense of compassion and pity. For example, Gloria Macapagal Arroyo once had a TV ad stating that she had experienced having to sell Sampaguita garlands on the street for money. However, if you did a little bit of digging, you would know that Gloria Arroyo was born with a silver spoon in her mouth and had an excellent upbringing in a highly exclusive subdivision near the central business district of the country.

Mar Roxas who has had plain political aspirations through the years followed suit. Roxas took a “man of the people” approach by having a ton of photo ops where he was doing menial work or eating “as the people do” with their bare hands. It only served to emphasized how out of touch he was with how things were done by the masses.

The 2016 Philippine Election was undoubtedly one of the most polarizing events in their social strata. Most of the attacks were ad hominem—something that is entirely unbecoming. This is something that continues despite Duterte already winning.

The Philippines has been a long-time ally of the USA. That is not hard to imagine given that for a time the PH was under USA rule. Duterte showed inclination of distancing his nation away from the USA—a move that was indicative of the shifting power in the Asia Pacific where China and Russia had strong economies.

This was something that was heavily criticized by those that supported Mar Roxas and the Liberal Party (LP). They believed that since the US has been a long-time trade partner, Duterte should continue to pander to the longstanding agreements. However, once Trump had won and started to be vocal about putting “America First Above All”. The distance that Duterte had put in between the two nations was seen as a good strategic move—of course, the LP and their supporters will never own up to that.

Instead, they started to criticize the other parts of Duterte’s policies like his War on Drugs. International groups like the UN and the EU have heavily criticized the extrajudicial killings that are “rampant” in the country. Why the sudden interest in the PH state of politics by international organizations is something that strikes Duterte supporters as odd.

Last year, BBC even managed to interview this woman named Jover Laurio who ran a once anonymous anti-Duterte blog called Pinoy Ako Blog. She claimed that Pro-Duterte bloggers and members had bullied her and spread falsehoods about her character. Never mind the fact that when she was still hiding in her anonymity, she was right up there in the ad hominem and salacious accounts that were easily proven to be incorrect.

It seems that the reason why such personalities are catapulted into the international spotlight is because of Duterte’s approach at governance. As someone who takes a hard stance on crime and has a no nonsense approach at large corporations that have managed to get away with not paying their taxes for years, Duterte is a massive threat to the linings of the pockets of those that have benefited from the Filipino people for decades.

What is astounding so us who are watchers of events, there is a massive tone deaf approach regarding media dissemination of information. If any of the anti-Duterte people had anything to say or if Duterte himself had another foot-to-mouth gaffe, it would be all over the local and even international media. However, when carefully researched and properly constructed arguments supporting Duterte were to become viral, it is almost completely ignored by the media.

This is primarily because it is also Oligarchs that own the many different media outlets in the Philippines.

Singapore, who also has a very strict stance on crime, has commended Duterte’s action. There is arguably more confidence coming from other heads of state regarding the Philippine’s capability to reel in long standing issues like corruption and the necessity of bribes.

We certainly will wait to see what happens in the Philippines.