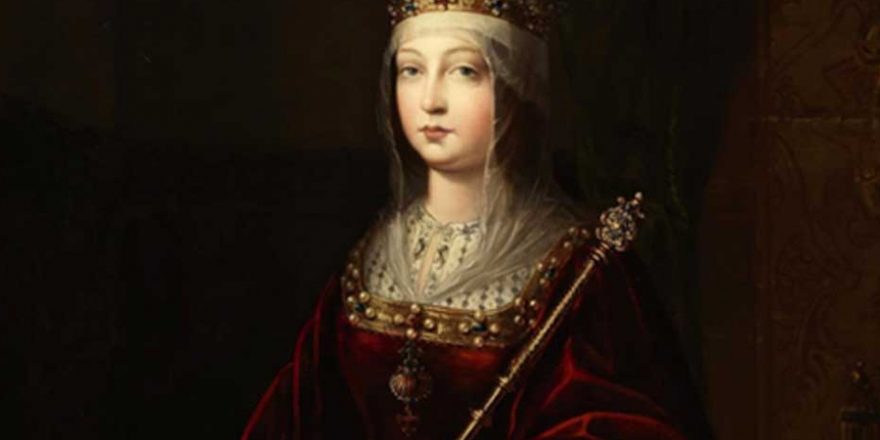 Led by God Himself? Queen Isabella of Castile’s Many Political Reforms

Everyone who loves history and historic political reform knows Queen Isabella Join us as we take a closer look at the woman who ushered in an unprecedented time of reformation for Spain.

Who is Isabella of Castile?

This notable figure in Spanish history is one of its mostly highly revered monarchs. She was born on the 22nd of April in 1451. She had a rather tumultuous early life with the death of her father and a half-brother sitting on the throne of Castile.

While her father had left a generous living for Isabella, her mother, and her younger brother, it was not being honored by her half-brother on the throne. Still, Isabella through her mother got an excellent education. There was quite a bit of struggle as her younger brother was taken up by the nobles as the figurehead for their rebellion. There was a largely held belief that Isabella’s half brother was an inept ruler.

She succeeded her half-brother as the reigning monarch of Castile.

What Political Reforms Did Isabella Enact?

Queen Isabella along with her husband, Ferdinand of Aragon, is best known for unifying Spain under one governing rule. Under their rule, there were a number of reforms that helped to bring Spain into a position of prominence and power as a nation in Europe. As there are quite a number of them, we will be focusing on the ones that made the most impact not just on the residents of Spain but even the neighboring countries.

Here are some of the political reforms she enacted:

Regularized Laws and Punishments for Crime

It was even believed that foreigners came to Castile to commit crime and leave without any worries that they would have to answer for their crimes. Isabella immediately set to work and established stricter measures for crime and their subsequent punishments.

Corrected the Mass Number of Mints

Spain’s currency at the time was not worth much. This was in part due to the tumultuous reign of the previous ruler. It also did not help that a majority of the lands and estates of Castile had been sold off at a bare minimum of their actual worth.

Henry IV sold them off in order to make money for the Crown. It also did not help that there were several unauthorized mints throughout the nation that were generating massive amounts of coins. These coins were practically worthless as they were so easily available.

Isabella shut down a majority of these mints and established royal rule over the production of money.

While there was a time under her rule, that those who did not share the Crown’s religion were allowed to stay within the country after the fall of Granada. This was, of course, provided that they would not rebel and accept the unification of Castile and Aragon into what we know to be Spain.

It seemed that was that but a rebellion by the Moors, compounded by the massive movement to unify Spain under one religion ended up with the expulsion of both Moors and Jews alike.

Queen Isabella was a known patron of Christopher Columbus and his expeditions that led to great discoveries and new trade routes. As new sea routes were established, this led to the opportunity of massive colonization.

How Did These Reforms Impact Her People?

Regularization of Crime and Punishment

Henry IV’s rule was quite disastrous for the people of Castile. Crime was indeed rampant and common and there was basically no punishments meted out for offenders. Isabella immediately established a police force called the Holy Brotherhood.

Isabella also established officials in provinces to secure highways from robbers and foreign entry. The reforms regarding crime and punishment were highly successful. Pease was restored in many provinces. It was a good time for the Spanish people.

With the wars that had gone on against Portugal, the finances of Spain were not in a good state. It also did not help that there were unregulated mints producing coins of very little value. When Isabella shut down the unregulated mints, the monetary value went up once again.

This ensured that the royal family (and the country by extension) was financially more stable than it used to be.

This is one of the more drastic reforms that Isabella had enacted. A majority of the Moors and Jews had established businesses so Isabella was at first hesitant on putting them out. However, the movement for a unified religion and unified Spain eventually won out—especially after the rebellion that was instigated by the Moors.

The first few months of a Spain without Moors and Jews were celebrated by those who felt a surge in nationalistic pride. However, as the time went on, people realized that most of their business owners, doctors, and educators were Moors and Jews. What followed were years of struggle and poor health and education for the Spanish people.

When Columbus and other explorers came back with finds and natives from other discovered lands, Spain entered a Golden Age. They were suddenly heralded as the pioneers of sea navigation and new world exploration.

The explorers brought back gold and goods that bolstered the trade capability of Spain with other European nations. This helped to solidify Spain’s power and identity as a prominent nation.

How Did the Reforms Affect Other Countries?

While Spain was divided, it was easy for nations like Portugal to made demands and even interfere with the political climate and state. A short war ensued and eventually Isabella and Ferdinand were victorious. Isabella and her political reforms laid the groundwork for major political shifts for Spain.

Spain became a superpower nation with a unified religion and a unified people.